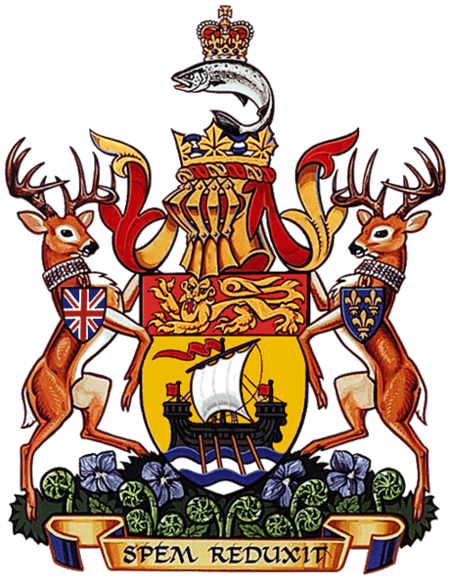 New Brunswick, the largest of Canada 's three Maritime Provinces, is located under Quebec 's Gaspé Peninsula and beside the State of Maine. Its northern border also includes the Restigouche River and the Baie des Chaleurs.

The eastern boundary is entirely coastal - the Gulf of St Lawrence and Northumberland Strait - and dotted with warm, sandy beaches, featuring the warmest salt water north of Virginia.

The rest of it is the Bay of Fundy. Its tides - the highest and wildest in the world - have carved a spectacular coastline. New Brunswick is also connected to Prince Edward Island by the world-famous Confederation Bridge.

An eastern seaside province, New Brunswick has beautiful sandy beaches in the summer, spectacular autumn foliage, wildflowers in the spring and pure, white snow in the winter. The province is marked by its rolling hills and spectacular valleys, as well as its historic and modern architecture located in many of its cities, towns and villages.

New Brunswick's communities vary from its eight major cities, Bathurst, Campbellton, Dieppe, Edmundston, the provincial capital of Fredericton, Miramichi, Moncton and Saint John (“Saint” is always spelled out), to its many attractive towns and villages located throughout the province that offer a wide range of attractions to visitors and residents alike.

Its rivers, such as the mighty St. John , the magnificent Restigouche or the majestic Miramichi, all possess unique characteristics unlike anywhere else you can find. From rolling farmlands to picturesque forests, river valleys to rocky pinnacles, the beauty and variety New Brunswick offers is unique in the world.

New Brunswick , along with Nova Scotia and Prince Edward Island , is on Atlantic Standard (Daylight) Time. When entering New Brunswick from Maine or Québec, set your watch ahead one hour.

Interested in working in New Brunswick?
Give us a call to discuss further!

Google Rating
4.9
Based on 11 reviews