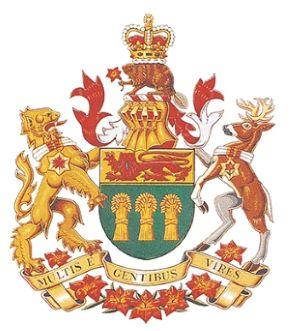 Saskatchewan is a Canadian province that borders the United States to the south. Grassland covers its southern plains, and to the north are the rugged rock of the Canadian Shield plateau, coniferous forests, rivers and lakes. Regina, the provincial capital, is home to the Royal Saskatchewan Museum, with exhibits on natural history and the people of Canada’s First Nations. It has a population of 1.3 million.

Named after Queen Victoria, the city of Regina is the capital of Saskatchewan and a busy cultural and commercial centre. Its rich history makes this a city where traditions are celebrated at festivals and events throughout the year. Loaded with parks and lush green spaces, Regina is full of beautiful places to explore outdoors. With 2,300 acres of sprawling lawns and birch trees, Wascana Centre is one of the largest urban parks in North America.

Known as Bridge City, Saskatoon is the largest city in Saskatchewan and the location of the Northwest Rebellion of 1885. Saskatoon’s rich culture has largely been preserved by the Aboriginal people who make up nearly 10 per cent of the city's population and through sites like Wanuskewin Heritage Park, Batoche National Heritage Site and Fort Carlton Provincial Park.

Moose Jaw is a city is southern Saskatchewan, and is the fourth largest city in the province. It is situated along the Moose Jaw River, on the Trans-Canada Highway, a transcontinental highway that travels through all ten provinces in Canada. It is located forty-five minutes from the capital city of Regina. The city boasts a high number of unique attractions, including a geothermal mineral pool providing therapeutic mineral waters, nature interpretive centres, and a series of underground tunnels. The network of underground tunnels originally constructed in 1908 serve as a major tourist attraction due to their place in the history of Canada and the area. The city is home to a campus of Saskatchewan Polytechnic, the province’s primary post-secondary institution for technical education and skills training.

Saskatoon is the largest city in the Canadian province of Saskatchewan. The city is nicknamed "Paris of the Prairies" with its romantic and artful bridges that connect the city's east and west side. The Saskatchewan River is the heartbeat of the city with a 36 acre riverfront park with restaurants, cultural activities, farmers markets, and even an outdoor gym. Saskatoon is named after the berry of the same name, which is native to the region. With a population of approximately 325,000, the city is home to a significant Indigenous population and the University of Saskatchewan, a top research university.

Warman is the ninth largest city located just 15 minutes outside the city of Saskatoon, often referred to as a bedroom community of Saskatoon. Growing 55% between 2011 and 2016, it is the fastest growing municipality in the country, and has gained the reputation of a vibrant business community. Warman’s residents enjoy a well-planned community layout, with many interlinking walking paths, joining one neighbourhood to the next.