Why Physicians Should Maintain their Hobbies 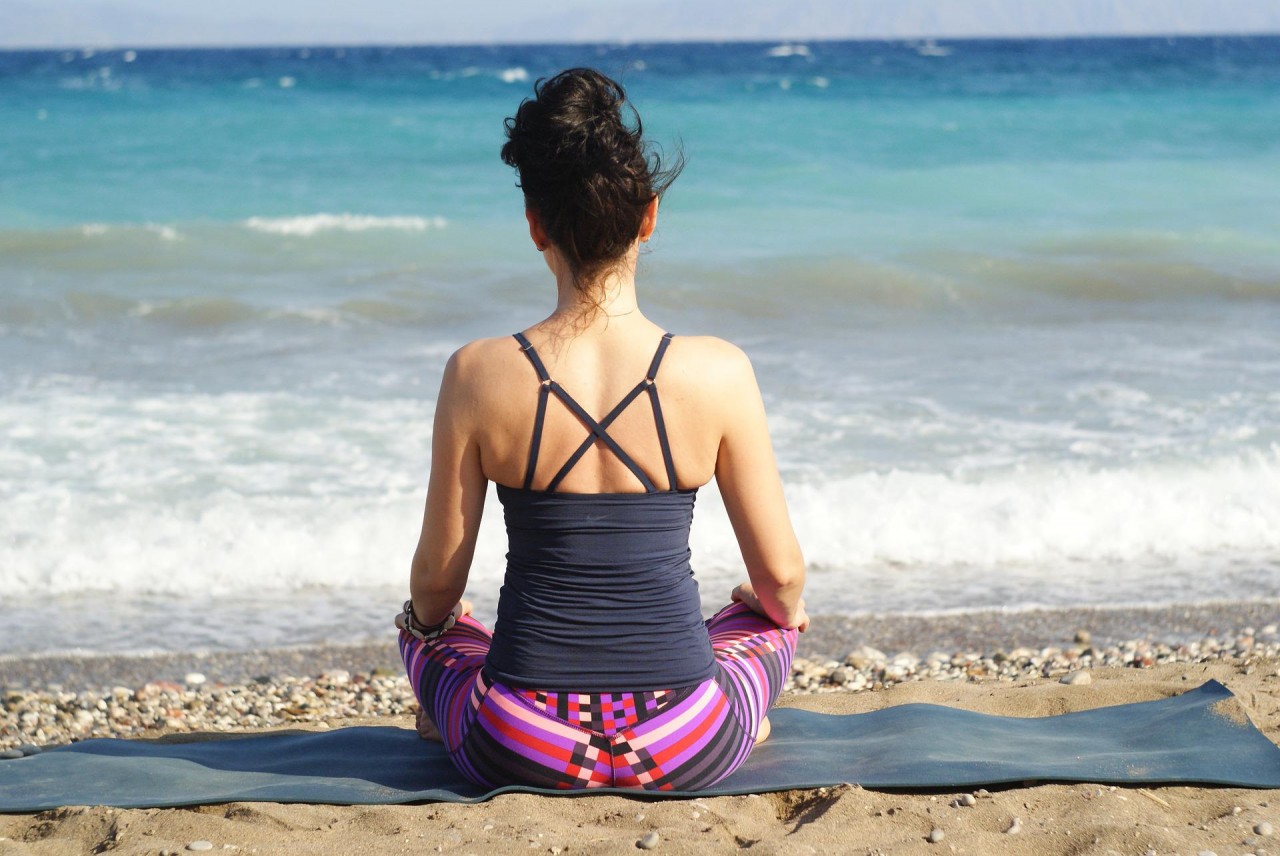 Doctors often talk about wanting a good work/life balance, but this can be harder to achieve, especially in the early years of practicing medicine. Hobbies and extracurricular activities can help, and they can also go a long way to alleviating fatigue and overcoming physician burnout.

But there is only so much practitioners can give, and it is important to do things for yourself. Everyone needs an outlet.

Finding healthy ways to unwind has been proven to be a great stress reliever. Interests outside of hospital or practice can teach critical skills that make us better leaders and better colleagues. Also, learning a new skill can give you the boost of confidence and encouragement you need in stressful times. 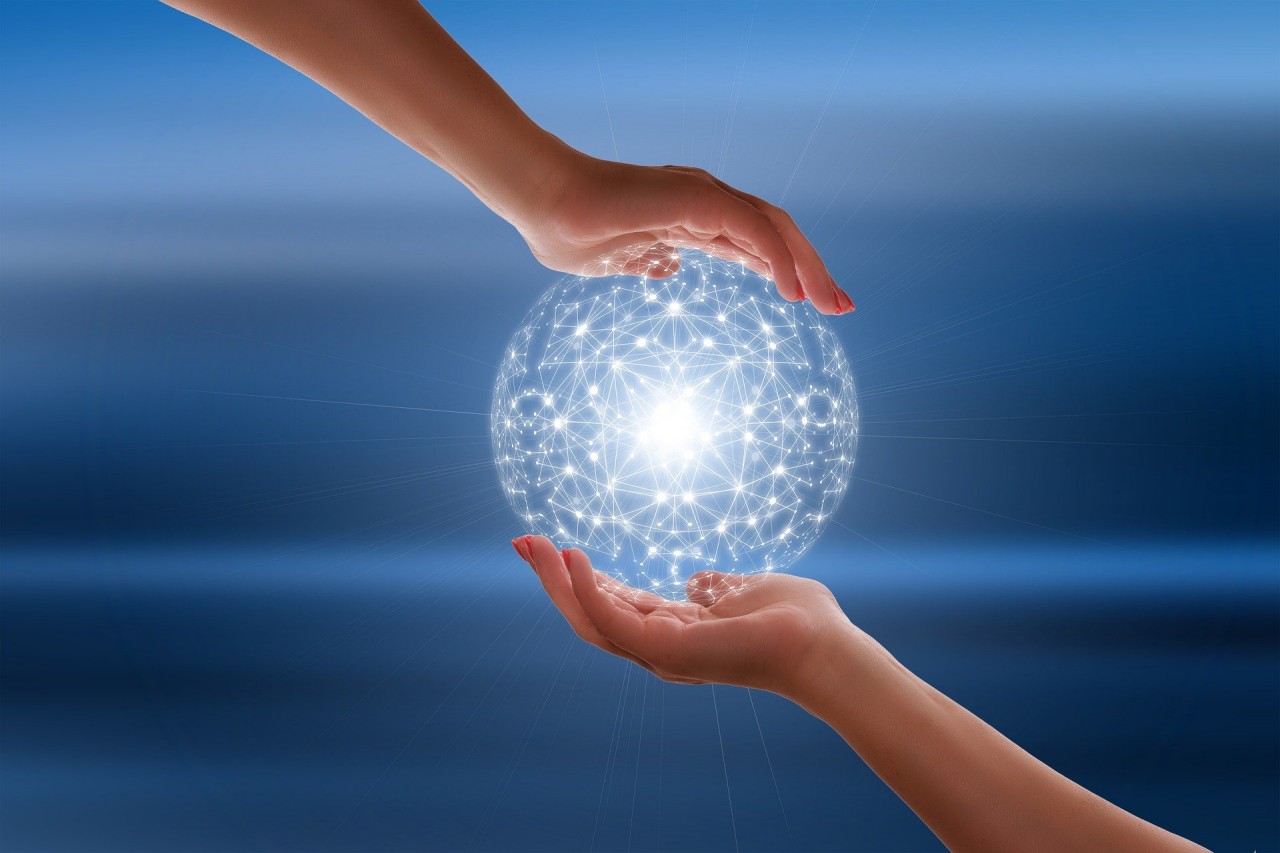 According to the World Health Organization (WHO) Global Strategy on Human Resources for Health: Workforce 2030 report, healthcare workforce shortages of up to 18 million are expected by 2030. This is predicted to be highest among upper middle-income countries, driven by economic growth, population growth and population aging.

In 2019, the World Medical Association urged governments around the world to address the predicted global shortage of health professionals by presenting concrete plans for investing in the health workforce. This initiative no doubt was de-railed by the unprecedented Covid-19 pandemic which took a devastating toll on an already existing global concern.

Here in North America, the Association of American Medical Colleges (AAMC) predicts the United States could see an estimated shortage of between 37,800 and 124,000 physicians by 2034, including shortfalls in both primary and specialty care.

This issue is prevalent in Canada as well. Key contributing factors are similar to the global scale and include an aging physician and health workforce population as well as an aging patient demographic, which in turn typically requires more reliance on primary care.

The global physician pool is comprised of at least 30 percent of doctors above the age 55. Factors such as semi-retirement and a new generation of primary care physicians who want a different daily structure have led to less than half of primary care physicians being available for after-hours care, which translates into more after hours care being provided in the hospital emergency rooms and longer wait times in walk-in clinics.

Pri-Med Toronto is on Now! 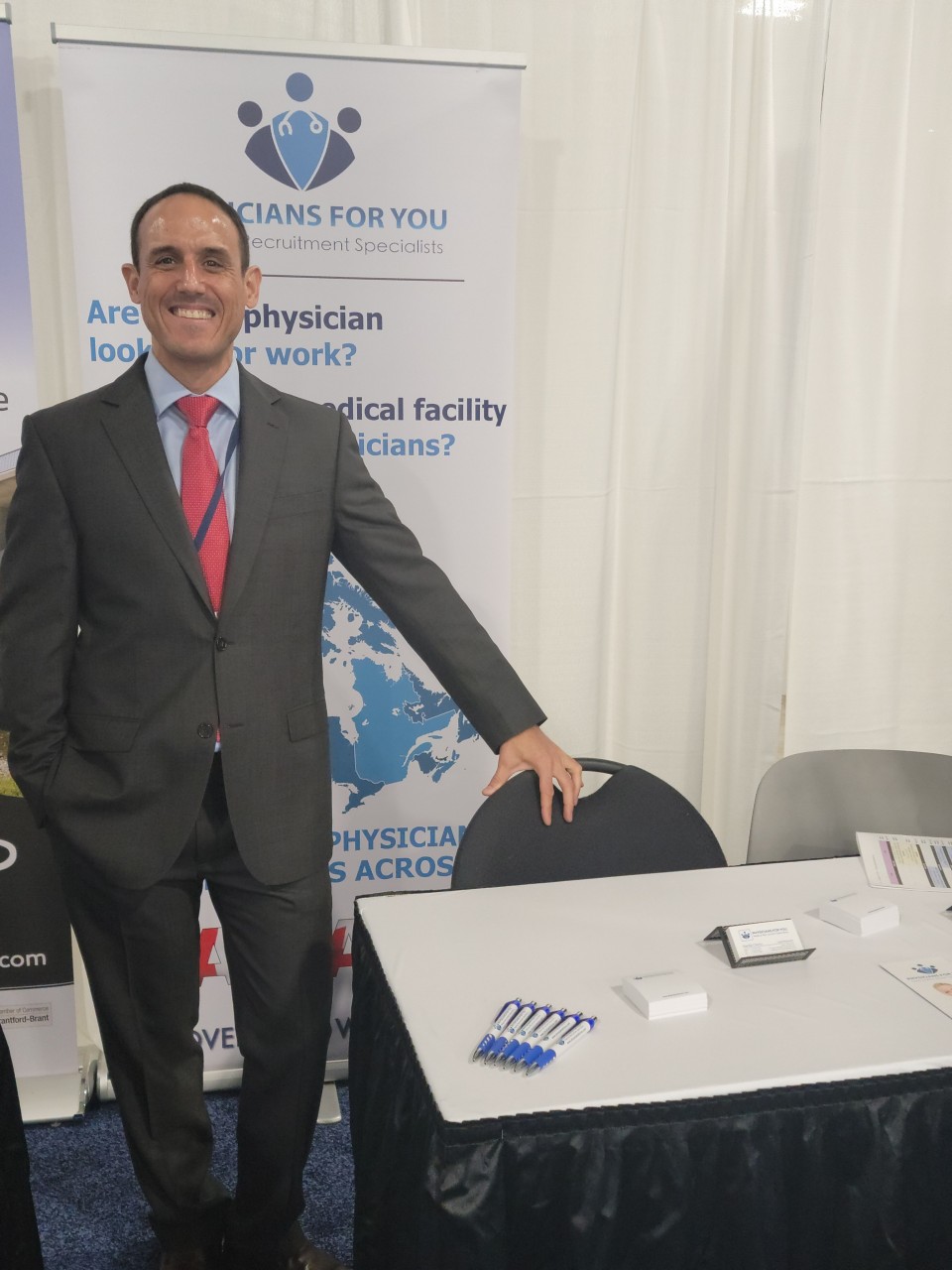 The Physicians for You team is on location at the May 2022 Pri-Med Conference and Trade Show happening right now in Toronto, Ontario. The International Conference Centre in Mississauga, where Prime-Med is hosted, is buzzing with excitement after a two year hiatus due to Covid-19.

Prime-Med is one of the largest medical education providers in Canada, offering this in-person event here in May, and a virtual event in June which you can still register for and earn 29+ Mainpro+ credits.

Family Physicians can access the one credit per hour Group Learning program that meets the certification criteria of the College of Family Physicians of Canada (CFPC) and has been certified by Queen’s University for up to 33 Mainpro+ credits.

Specialists can access an Accredited Group Learning Activity, Section 1, as defined by the Maintenance of Certification Program of The Royal College of Physicians and Surgeons of Canada (RCPSC), and approved by Queen’s University Office of CPD, and claim up to 33 hours.

Pharmacists can access this this program for 33 CEUs, accredited by The Canadian Council on Continuing Education in Pharmacy.

Cannabis Resources for Physicians in Canada 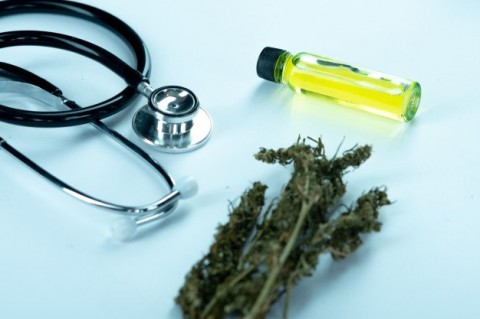 Cannabis for medical purposes has been legal in Canada since 2001, when individuals with certain illnesses such as HIV/AIDS were authorized to grow their own marijuana or obtain it from authorized producers or Health Canada. This was a relatively small number of Canadians who had the legal right to possess the drug.As of October 17, 2018, cannabis ...
Continue reading
Tags:
medicalcannabiscanada marijuanaresourcesfordoctors cannabisresourcesforphysicians medicalmarijuanacanada guidelinesforprescribingcannabis
Tweet
1151 Hits
0 Comments

Offering tailored recruitment services, Physicians For You is catering to the healthcare industry’s staffing needs, featuring opportunities for both Canadian and international family physicians and specialists. The recruitment process is complemented with expert support, advice, and guidance that is available every step of the way.

Physician For You is one of the most well-known Physician recruiter firms in Canada, offering talent acquisition services to healthcare facilities and job search resources and assistance for doctors. Physicians are provided with full-service recruitment as well as placement services. The recruitment agency helps international medical graduate doctors find jobs in Canada and prepares them with how to go about obtaining a licence in their province of interest. Physicians for You helps with interview preparation and arranging site visits to match them to the right medical facility. Matches are always made organically, where both the physician candidate and the medical facility see it as a good fit.

Canada’s health practitioner licencing system is not standardized across the country. That’s where Physicians for You’s expertise comes in. They provide doctors with step-by-step guidance on how and when to apply to the various regulatory medical colleges and licencing authorities, what to do before and after applying for assessments, and at the later stages, when to apply for a work permit. IMG candidates looking for roles in Canada are provided with complete guidance that makes the job search and licencing process a less daunting experience. Physicians For You has helped many Doctors from the USA, the UK, Australia, New Zealand & South Africa to find jobs across Canada. They work with family physicians and specialists who are either already fully licenced in Canada or are CCFP or RCPSC eligible meaning their training is considered on par with Canadian training.

Physician roles are available in rural communities, towns, and cities, and their job board helps job seekers look for career pursuits that match their lifestyle and interests. They have job opportunities in family practice and walk-in clinics, multidisciplinary medical facilities, specialty practice settings, community health centers, and hospitals. Technology is also changing the healthcare landscape, and virtual care is now an integral component of services provided in medical facilities across the country. 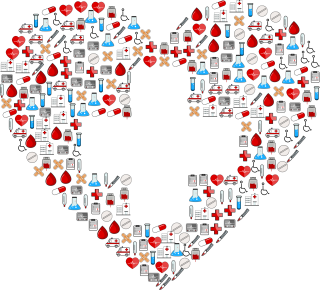 Veterans represent almost one in 30 of the adult population in Canada. The population of living Veterans in Canada is approximately 629,300.

When transitioning to life after service, family physicians are vitally important for Veterans.

Best Advice Guide: Caring for Veterans is a The College of Family Physicians of Canada™ (CFPC) collaboration with Veterans Affairs Canada (VAC) and community-based practice experts.

The purpose of this guide is to highlight special considerations for family physicians and other primary care providers in caring for the Veteran population, including contextualizing this information within the College of Family Physicians of Canada (CFPC) Patient’s Medical Home (PMH) vision for the future of family practice in Canada.

“Having a family doctor who understands the military experience will be a big help for Veterans and their families,” says the Honourable Lawrence MacAulay, Minister of Veterans Affairs and Associate Minister of National Defence.

The World Health Organisation COVID-19 Solidarity Therapeutics Trial is an unprecedented international collaboration to identify life-saving treatments for COVID-19. Fifty-two countries, including Canada, are participating in this global research on coronavirus disease, with 2,000 researchers, 600 hospitals, and 14,200 randomized hospitalized patients who are all receiving the local standard of care.

This large scale, global randomized control trial is designed to provide robust results on whether a drug can save lives in those hospitalized with severe or critical COVID-19, and represents the largest global collaboration among WHO Member States.

The Canadian Treatments for COVID-19 (CATCO) sub study component of the global WHO Solidarity clinical trial researched the role of Remdesivir, a repurposed antiviral medication, in the treatment of patients in hospital with COVID-19. This article in the CMAJ details the findings.

The much anticipated phase 2 of the new service dedicated to awarding the Licentiate of the Medical Council of Canada (LMCC) was launched last week on January 20th, 2022.

All candidates requesting the LMCC will be charged the LMCC application fee.

For in-depth information on the new LMCC service request, please refer to the MCC FAQs.

Helpful Guide – Before You Apply for LMCC

Both the Medical degree and an acceptable document confirming the successful completion of minimum 12 months of postgraduate clinical medical training must be successfully source verified. 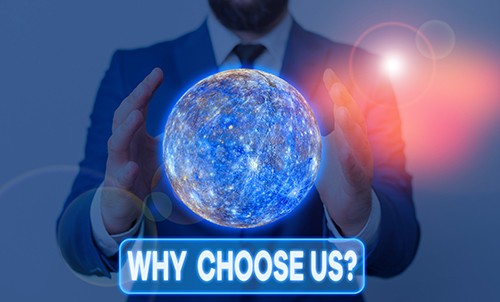 Searching for the best staff members for your open roles and opportunities will not always be a straightforward process. There will be stumbling blocks along the way that can take a long time and become a burden on your daily practices. At Physicians for You we are regarded as a leading qualified physicians recruitment service which can help you mo...
Continue reading
Tweet
1053 Hits
0 Comments

Finding a new role that is enjoyable and exciting is the first step, but you will often be rebutted by the distance, the commute or the pay. We understand that there are many different things to consider as you look for recruitment as a trained doctor, physician or medical staff. Our team at Physicians for You work on both sides of the employment c...
Continue reading
Tags:
doctor physician
Tweet
945 Hits
0 Comments

MCCQE1 Preparatory Exam is a hit! 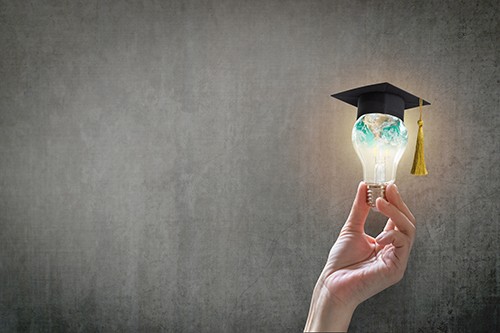 Where To Find Family Doctor Jobs For Your Future In Canada 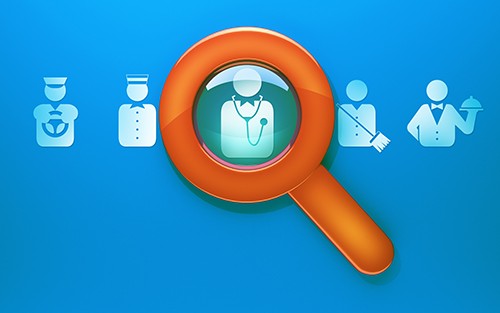 Locum, short term and long term. Everyone's future prospects will be different. Your career deserves, however, to have the best chance of blossoming. Our support for those looking for family doctor jobs in Canada has become a leading choice across the country. Physicians for You offer free recruitment support for individuals who are searching...
Continue reading
Tags:
doctor physician
Tweet
1123 Hits
0 Comments 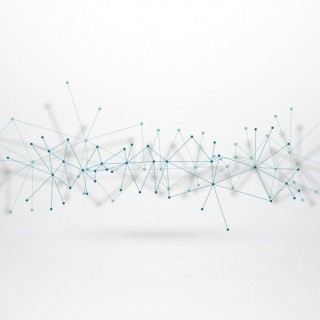 We know it is cliché to say it, but we can't believe it is December! This year seems to have flown by and we are pleased to say that it has been an excellent year for us here at Physicians for You. To-date, we have been bridging the gap between medical candidates and clients to ensure that our clients get the best staff for their positions and our ...
Continue reading
Tags:
doctor physician
Tweet
1105 Hits
0 Comments 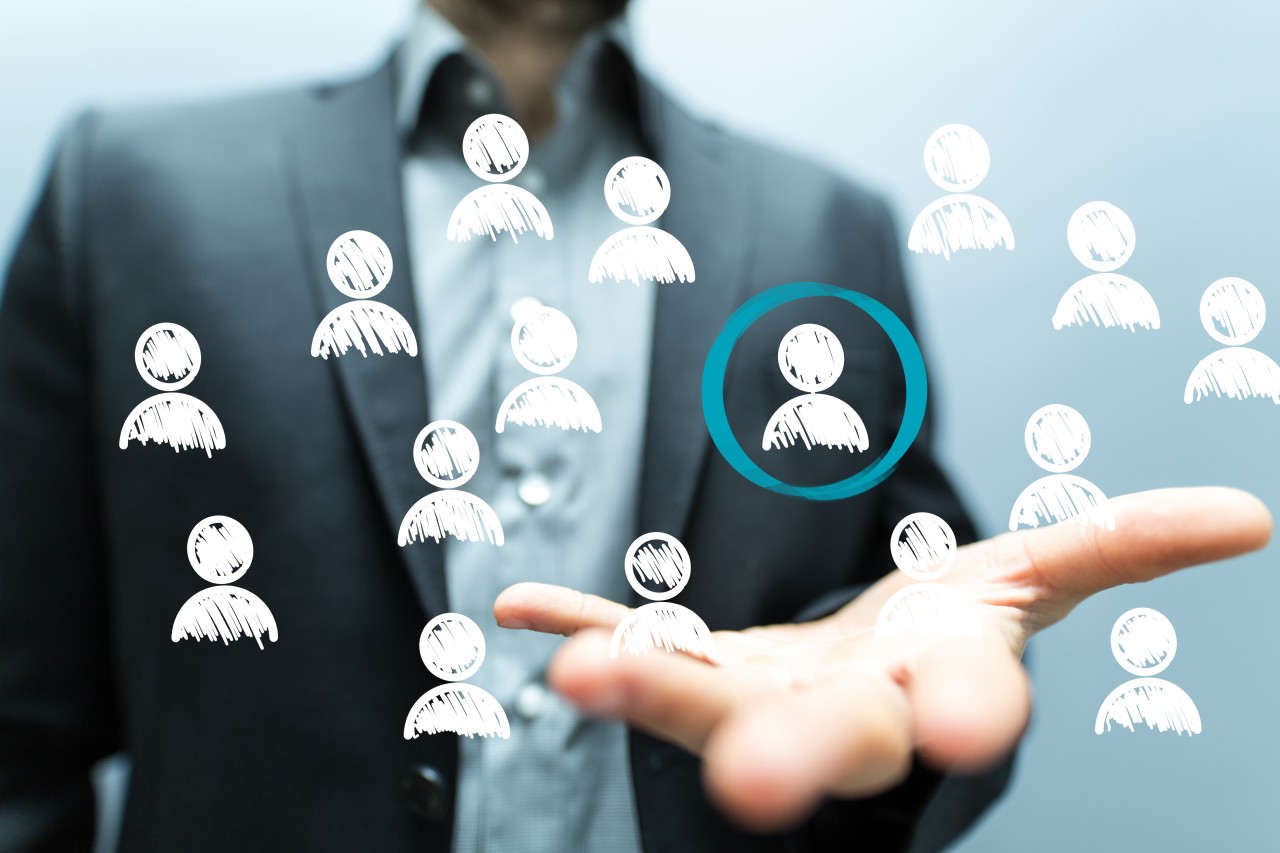 Physicians for You, is here to help whether you are looking to recruit top talent for your practice, or you are looking to secure the next perfect role for yourself for 2020. As the leading healthcare recruitment agency in Canada, we make it our responsibility to bridge the gap between employers and employees and get the right fit, every time...
Continue reading
Tags:
doctor physician
Tweet
1134 Hits
0 Comments

At Physicians for You, we offer dedication unlike any other, our driven team are experts in their field, having accumulated experience in medical fields across Canada for many years, we have the knowledge and understanding to help you get your career moving. We utilise the relationships we have built over the past 10 years with clinics, surgeries, ...
Continue reading
Tags:
doctor physician
Tweet
1168 Hits
0 Comments 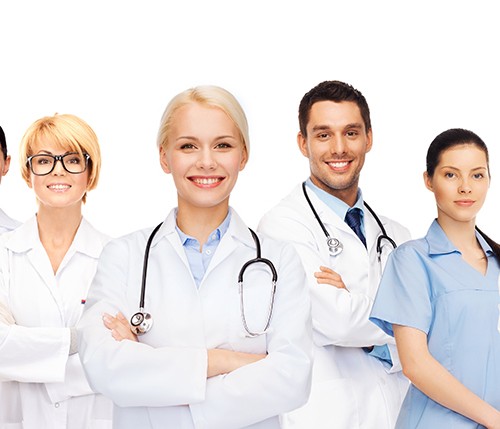 We pride ourselves on the support we give to those looking to recruit or be recruited within the medical industry across Canada. We work with all manner of practices, whether it's clinics, hospitals or Health Authorities. Getting the job done as one of the most competitive and effective Canadian Medical Recruitment agencies. Our work with these cli...
Continue reading
Tweet
1079 Hits
0 Comments

Physicians for You specialise in helping those seeking work within the Canadian Medical Industry, as well as helping medical specialists find the right candidates for their available job roles. We work with health authorities, hospitals and private clinics all over Canada, to ensure that medical talents are being put to use. We're there for y...
Continue reading
Tweet
1195 Hits
0 Comments 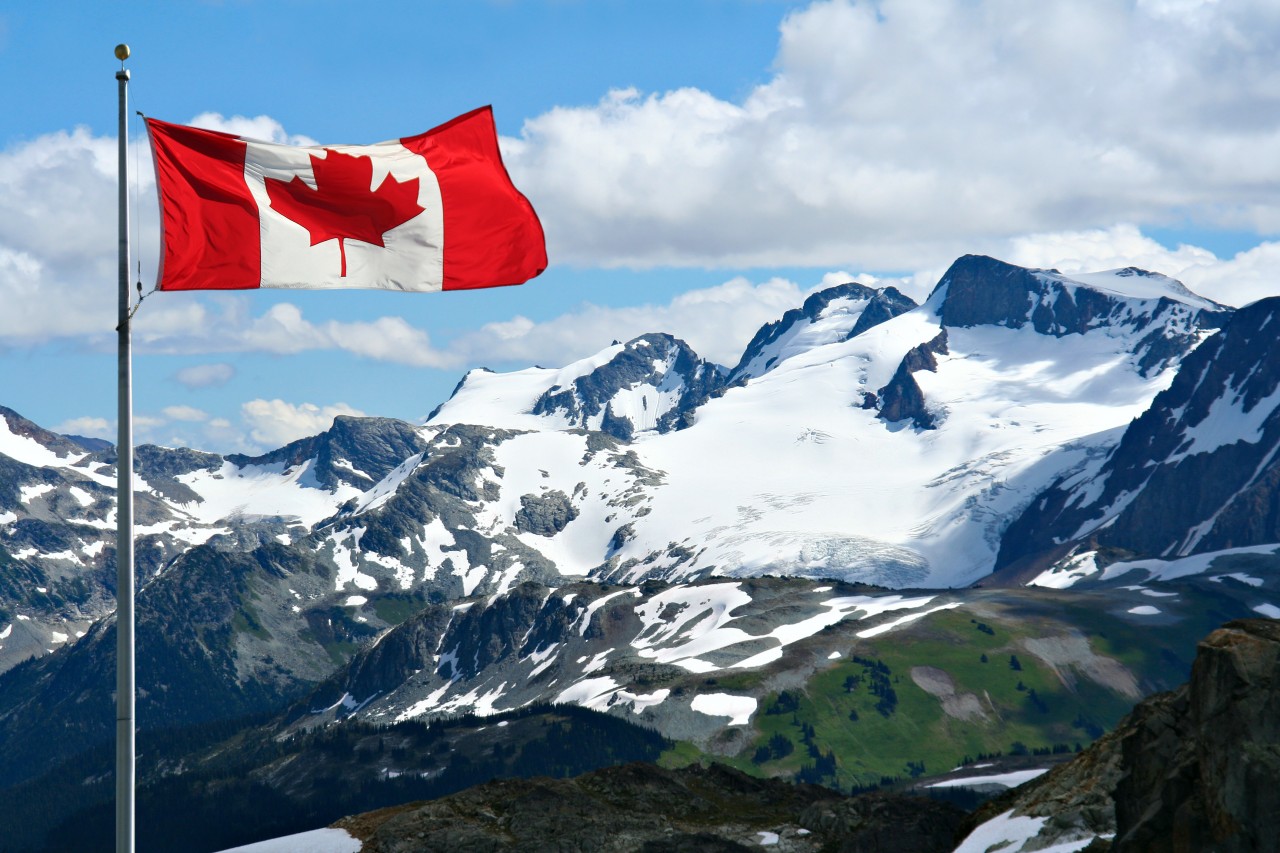 Are you looking to get into Canadian Physicians jobs, but don't know where to start?  Physicians for You are a company that prioritises your wants and your needs, finding suitable physician roles in Canada that match those requirements. We pride ourselves on providing excellent guidance and support throughout the recruitment pr...
Continue reading
Tweet
1170 Hits
0 Comments
Previous     Next
1 2 3

Google Rating
4.9
Based on 19 reviews